On August 14, 1991, Hak-Soon Kim gave the first public testimony as a survivor of the Japanese military sexual slavery system. In 2012, at the 11th Asian Solidarity Conference for the Issue of Military Sexual Slavery by Japan, this date was declared International “Comfort Women” Day. ​Beginning in 2018, South Korea began observing August 14 as National Memorial Day.

The Education for Social Justice Foundation is hosting and organizing two events commemorating the 30th anniversary of Kim* Hak-Soon halmoni’s public testimony: an online forum on August 13, Herstory and Legacy of Kim Hak-Soon Halmoni, and a communal art project on August 14,
​My Message to Kim Hak-Soon* Halmoni.**
​*In Korean, the last name comes before the first name.
**Halmoni means ‘grandma’ in Korean. Activists began calling the Korean victims and survivors of Japan’s WWII military sexual slavery system “grandmothers” rather than referring to them euphemistically as “comfort women.” The girls and young women who were once Japanese military sex slaves had grown old by the time they publicly broke their silence. 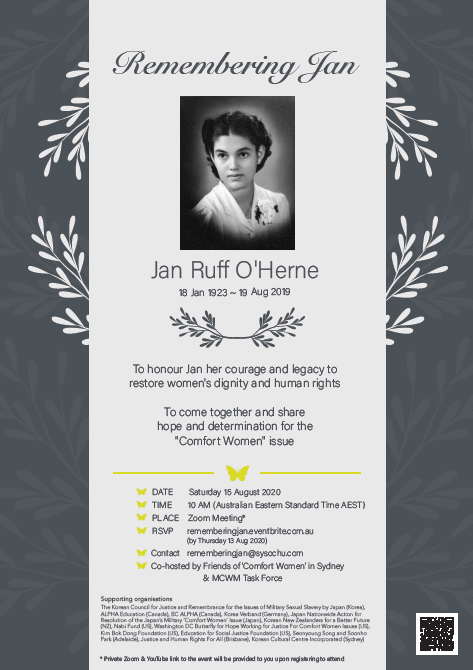 On August 14, Friends of Comfort Women in Sydney and Melbourne Comfort Women Memorial Task Force organized a Zoom memorial service in honor of Jan Ruff-O’Herne (1923–2019), who was a victim of Japanese military sexual slavery. Jan was a Dutch-Australian born in the Dutch Indies, present-day Indonesia. This year’s August 19 marks the first anniversary of the death of Jan Ruff-O’Herne

This event was led by Jan’s loved ones: Carol Ruff, daughter of Jan, and Ruby Challenger, granddaughter of Jan and a film director. Ruby Challenger talked about her movie, The Handkerchief, which recounts Jan's inspirational life. Pastor Bill Crews from Uniting Church where the Sydney Peace Girl statue is located read passages from the Bible.

ESJF was one of the supporting organizations for this event.
7th International "Comfort Women" Day in San Francisco
​August 14, 2019
This Peace Girl Statue, which symbolizes a victim of Japanese military sexual slavery, was brought from Seoul. On August 14, 2017, to mark the 5th International “Comfort Women” Day in Seoul, it was placed on city bus seats on special occasions to raise awareness. Since then, it has traveled to several U.S. cities, including Chicago, San Francisco, Berkeley, and Martinez. The statue also traveled to other countries, including Japan and Germany. 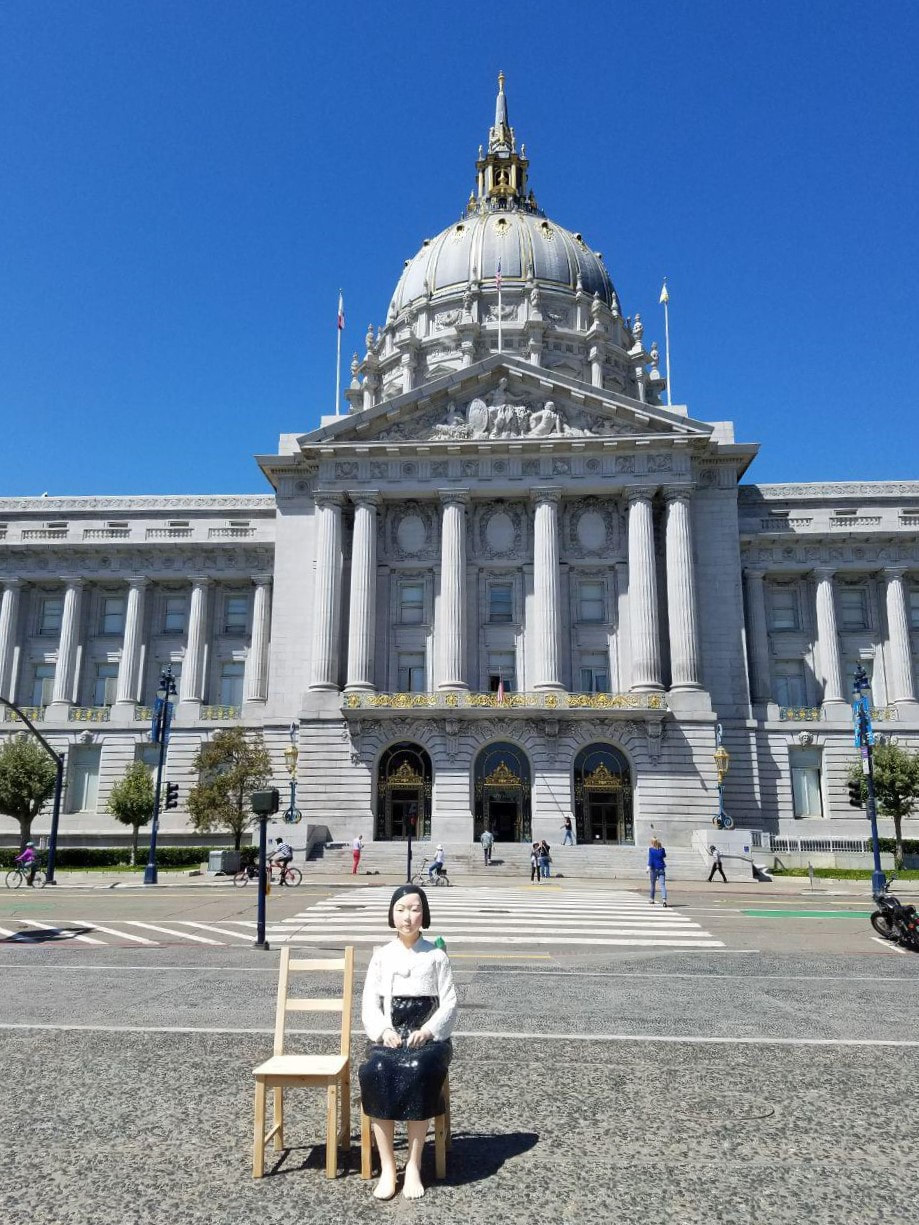 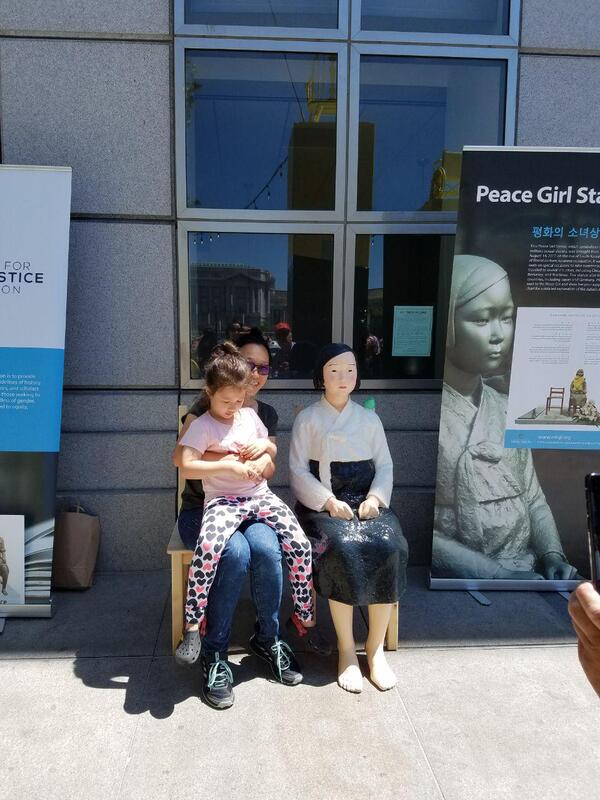 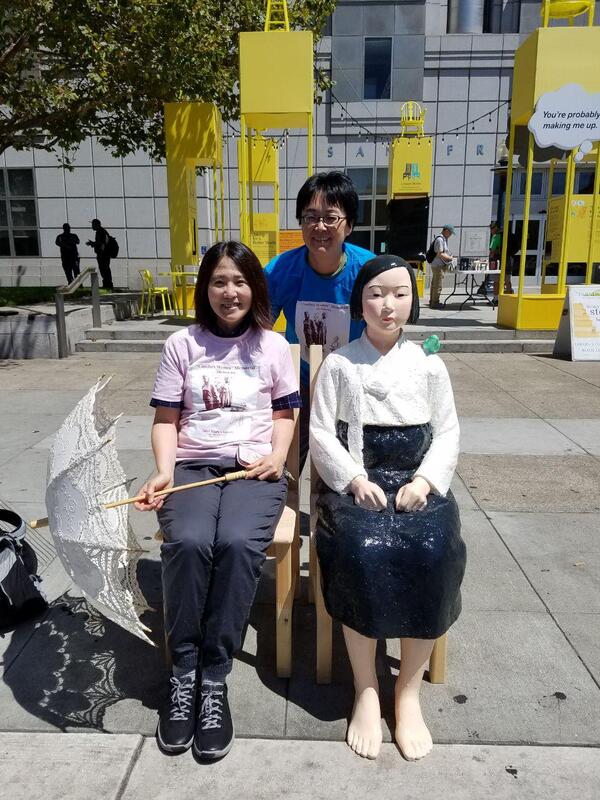 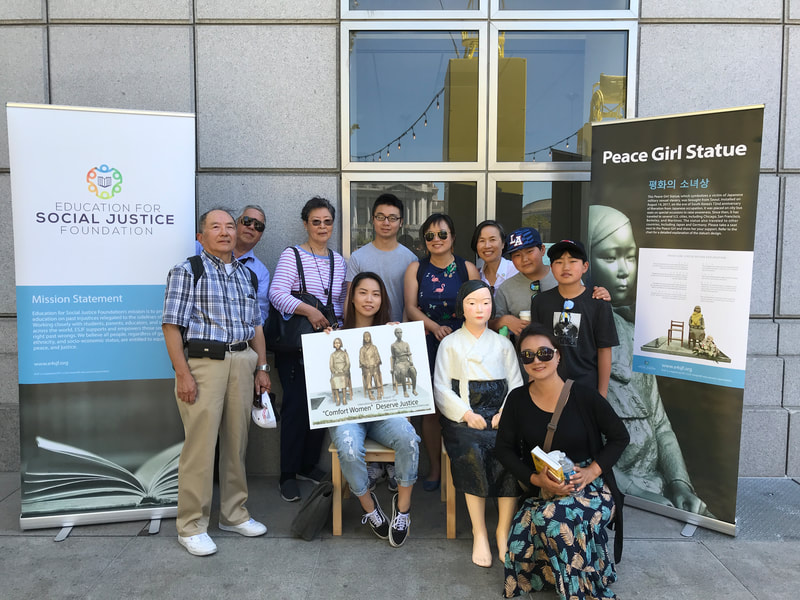 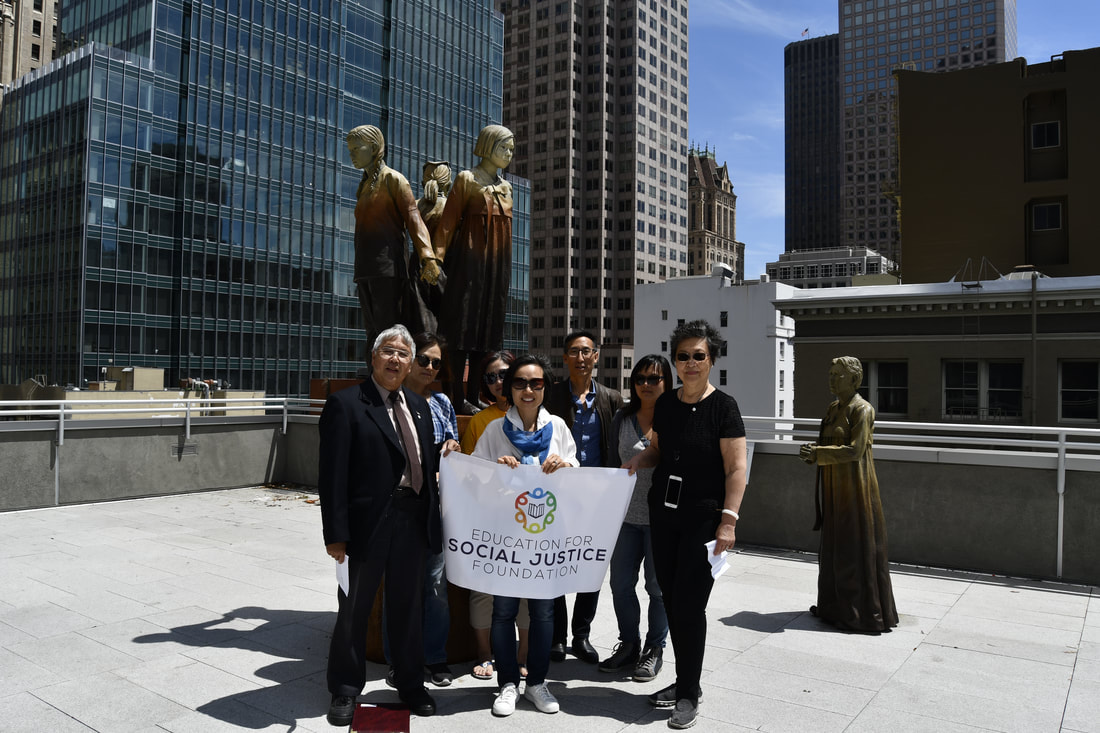