The weekly Wednesday Demonstration has served as a platform to express victims’ opposition to the Asian Women’s Fund (AWF). On June 19, 1995, AWF was formally established by the Japanese government with donations from Japanese citizens and government funding. The purpose of AWF was to provide surviving victims with monetary support and services, to compile materials on the “comfort women” system for the historical record, and to support issues related to violence against women. However, AWF was subject to criticism by some countries, especially South Korea, because the Japanese government limited its involvement in AWF by paying only for its operational, medical, and support expenses. The government refused to pay for the fund directly. Therefore, the money from the AWF was perceived as “charity” from the Japanese government rather than reparations. In her 1996 report submitted to the Commission on Human Rights, UN Special Rapporteur Radhika Coomaraswamy wrote that she sees AWF as “a clear statement denying any legal responsibility for the situation of these women and this is reflected in particular in the desire to raise funds from the private sector.” The Asian Women’s Fund was dissolved on March 31, 2007.

Participating in the Wednesday Demonstration has become a way for Japanese citizens to recognize the tragedy and apologize to the victims of Japanese military sexual slavery. On February 2, 2003, a member of the Japanese House of Councillors, Tomiko Okazaki, attended the Wednesday Demonstration and offered her apology to all of the victims at the demonstration  by holding their hands. On October 19, 2016, at the age of 79, Toru Endo (遠藤 徹), a former philosophy professor at Yamaguchi University, kneeled in front of two survivors and apologized.

On December 14, 2011, in commemoration of the 1,000th Wednesday Demonstration, with widespread public support, the Korean Council installed the Peace Statue (also known as Peace Girl Statue) facing the Japanese Embassy in Seoul. The sculptors are Seo-kyung Kim and Eun-sung Kim. What they hoped to project through the statue was the importance of empathy. The number of statues has multiplied in and outside of Korea since the installation of the first Peace Statue. The Kims feel that this might be a reaction against the Japanese government trying to revise the history of “comfort women.”

​The 1,421st Wednesday Demonstration held on January 8, 2020 marked the 28th anniversary of the weekly demonstration. 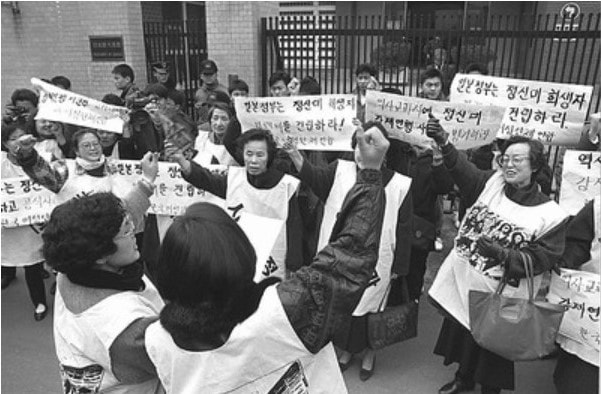 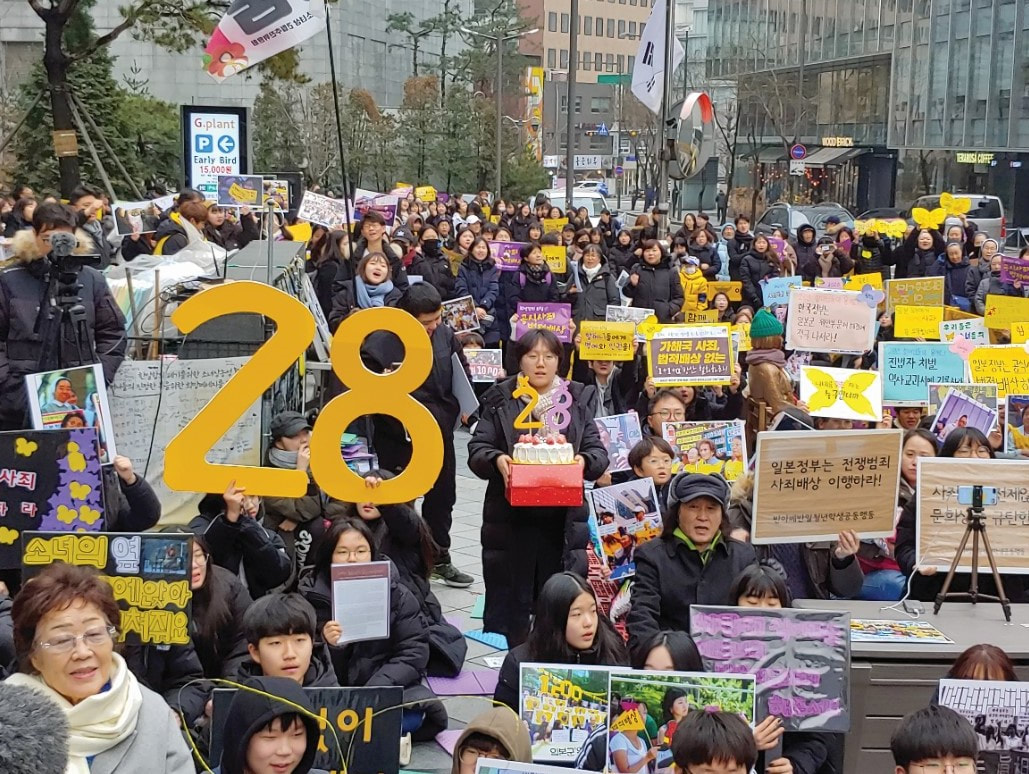 ESJF at the Wednesday Demonstration 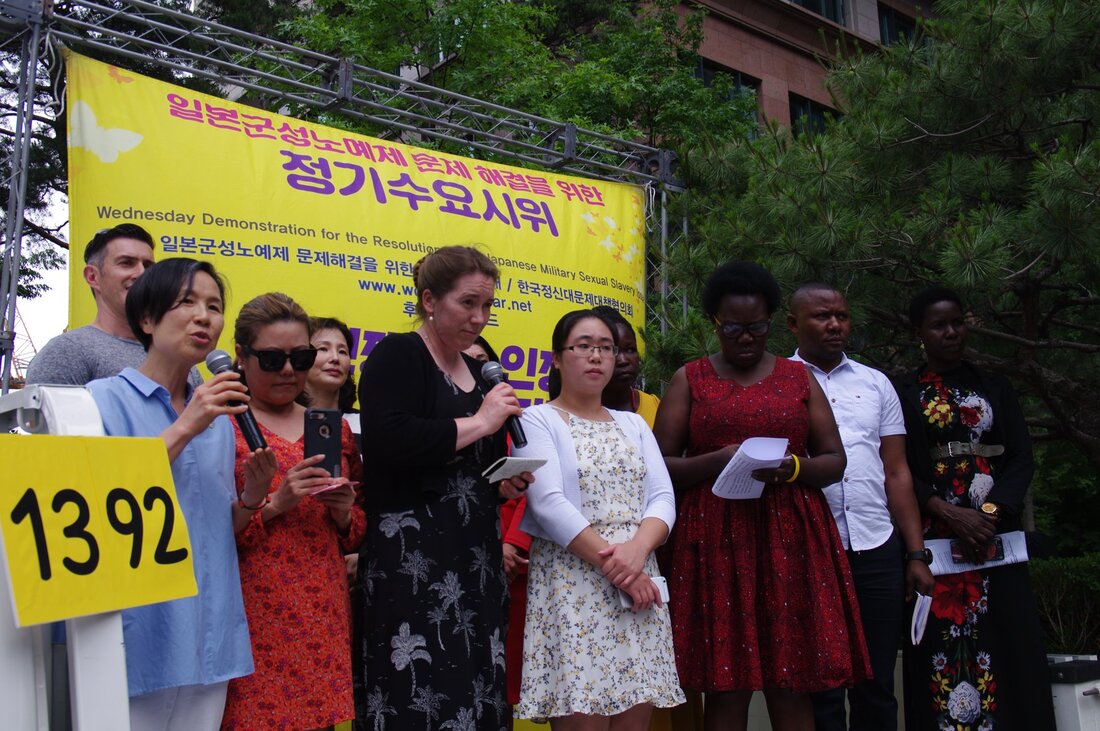