​Background: This U.S. military report details information about the Japanese military “comfort women” system, including how Korean women were “recruited.” The report, by Alex Yorichi, a Japanese American translator (T/3), was most likely compiled based on information gathered from a Japanese-speaking “house master” (often referred to as Mama-san). Capt. Won-Loy Chan, who observed first-hand the interrogation of the “comfort women,” wrote in his memoir that, “The girls (Koreans all) spoke some Japanese, but it was of the bedroom and kitchen variety and extremely limited.”[1]
Date: October 1, 1944
Source: U.S. National Archives and Records Administrations (NARA). Record Group 208, Entry (NC148) 378, Records of the Office of War Information. Overseas Operations Branch. Foreign Morale Analysis Division. Reports on Japanese Morale, 1943–1945, Box 445, File “Burma, Misc.”

Some of the information in this report was found to be flawed and unbalanced. While statements from “house masters” were included in the report, statements and testimonies of the military sex slaves—most of whom spoke neither Japanese nor English—were not included.

While the highlighted paragraph under the subheading “Preface” states that each “comfort woman” was “nothing more than a prostitute or ‘professional camp follower,’” the passage under the subheading “Recruiting” states that women were enlisted under “false representations.” The report further contradicts itself under “Living Conditions” on page two by stating that women “lived in near-luxury” despite being enlisted under false pretenses. 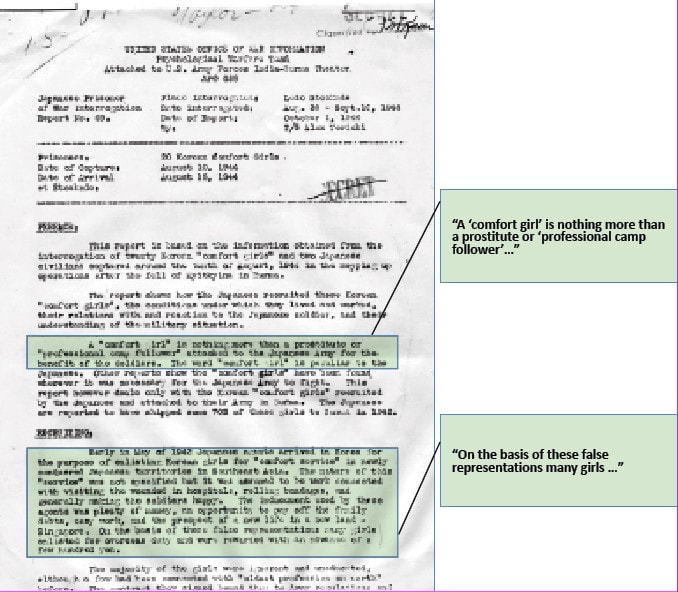 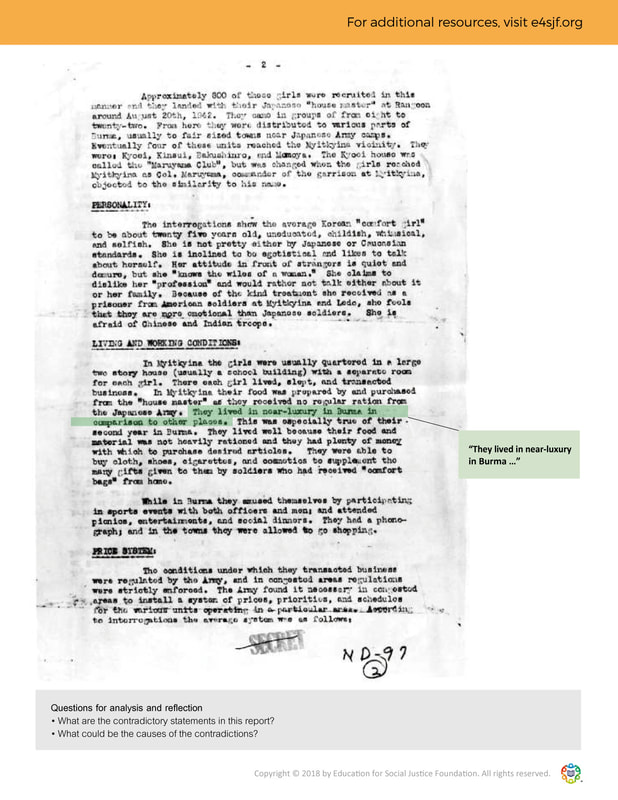