Map of Memorials in the United States

Note: As of April 2020, the Peace Statue  (also known as Peace Girl  Statue) is installed in seven cities in the U.S. The locations with a Peace Girl Statue are indicated next to each state abbreviation. 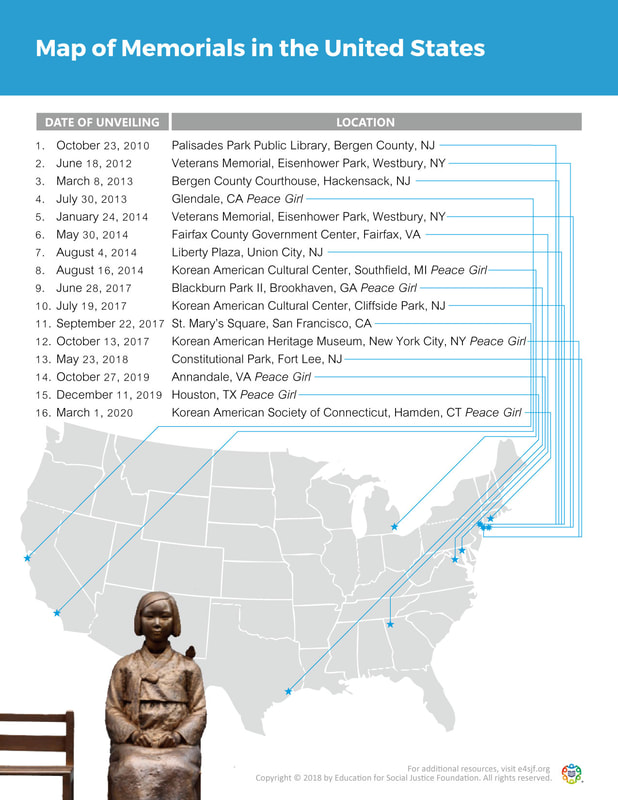 •  The Peace statue shows a Korean girl in traditional dress—called a hanbok—to memorialize the survivors of  Japanese military sexual slavery. Though meant to symbolize global peace, some question whether there’s a place for such a statue in the U.S. or Europe given the ethnicity of the girl depicted and the fact that the atrocity happened in Asia. Do you think art can have a universal meaning even if it bears little resemblance to your ethnicity or country’s history? Why or why not?
• As of March 2020, there are sixteen memorials honoring “comfort women” in the United States. However, installing them on public land can be challenging. What prevents these memorials from being installed on public land? What efforts do supporters make to counter opposition to the memorials?